I’m at the Ångstrom Laboratory of Uppsala so this portrait hangs in the main hall. Hi, Anders!

The first paper was “A Methodological Approach to Key Competences in Informatics”, presented by Christina Dörge. The motivation for this study is moving educational standards from input-oriented approaches to output-oriented approaches – how students will use what you teach them in later life. Key competencies are important but what are they? What are the definitions, terms and real meaning of the words “key competencies”? A certificate of a certain grade or qualification doesn’t actually reflect true competency is many regards. (Bologna focuses on competencies but what do really mean?) Competencies also vary across different disciplines as skills are used differently in different areas – can we develop a non-normative approach to this?

The author discussed Qualitative Content Analysis (QCA) to look at different educational methods in the German educational system: hardware-oriented approaches, algorithm-oriented, application-oriented, user-oriented, information-oriented and, finally, system-oriented. The paradigm of teaching has shifted a lot over time (including the idea-oriented approach which is subsumed in system-oriented approaches). Looking across the development of the paradigms and trying to work out which categories developed requires a coding system over a review of textbooks in the field. If new competencies were added, then they were included in the category system and the coding started again. The resulting material could be referred to as “Possible candidates of Competencies in Informatics”, but those that are found in all of the previous approaches should be included as Competencies in Informatics. What about the key ones? Which of these are found in every part of informatics: theoretical, technical, practical and applied (under the German partitioning)? A key competency should be fundamental and ubiquitous.

The most important key competencies, by ranking, was algorithmic thinking, followed by design thinking, then analytic thinking (must look up the subtle difference here). (The paper contains all of the details) How can we gain competencies, especially these key ones, outside of a normative model that we have to apply to all contexts? We would like to be able to build on competencies, regardless of entry point, but taking into account prior learning so that we can build to a professional end point, regardless of starting point. What do we want to teach in the universities and to what degree?

The author finished on this point and it’s a good question: if we view our progression in terms of competency then how we can use these as building blocks to higher-level competencies? THis will help us in designing pre-requsitites and entry and exit points for all of our educational design.

The next talk was “Weaving Computing into all Middle School Disciplines”, presented by Susan Rodger from Duke. There were a lot of co-authors who were undergraduates (always good to see). The motivation for this project was there are problems with CS in the K-12 grades. It’s not taught in many schools and definitely missing in many high schools – not all Unis teach CS (?!?). Students don’t actually know what it is (the classic CS identify problem). There are also under-represented groups (women and minorities). Why should we teach it? 21st century skills, rewordings and many useful skills – from NCWIT.org.

Schools are already content-heavy so how do we convince people to add new courses? We can’t really so how about trying to weave it in to the existing project framework. Instead of doing a poster or a PowerPoint  prevention, why not provide an animations that’s interactive in some way and  that will involve computing. One way to achieve this is to use Alice, creating interactive stories or games, learning programming and computation concepts in a drag-and-drop code approach. Why Alice? There are many other good tools (Greenfoot, Lego, Scratch, etc) – well, it’s drag-and-drop, story-based and works well for women. The introductory Alice course in 2005 started to attract more women and now the class is more than 50% women. However, many people couldn’t come in because they didn’t have the prerequisites so the initiative moved out to 4th-6th grade to develop these skills earlier. Alice Virtual Worlds excited kids about computing, even at the younger ages.

The course “Adventures in Alice Programming” is aimed at grades 5-12 as Outreach, without having to use computing teachers (which would be a major restriction). There are 2-week teacher workshops where, initially, the teachers are taught Alice for a week, then the following week they develop lesson plans. There’s a one-week follow-up workshop the following summer. This initiative is funded until Summer, 2015, and has been run since 2008. There are sites: Durham, Charleston and Southern California.  The teachers coming in are from a variety of disciplines.

How is this used on middle and high schools by teachers? Demonstrations, examples, interactive quizzes and make worlds for students to view. The students may be able to undertake projects, take and build quizzes, view and answer questions about a world, and the older the student, the more they can do.

Recruitment of teachers has been interesting. Starting from mailing lists and asking the teachers who come, the advertising has spread out across other conferences. It really helps to give them education credits and hours – but if we’re going to pay people to do this, how much do we need to pay? In the first workshop, paying $500 got a lot of teachers (some of whom were interested in Alice). The next workshop, they got gas money ($50/week) and this reduced the number down to the more interested teachers.

There are a lot of curriculum materials available for free (over 90 tutorials) with getting-started material as a one-hour tutorial showing basic set-up, placing objects, camera views and so on. There are also longer tutorials over several different stories. (Editor’s note: could we get away from the Princess/Dragon motif? The Princess says “Help!” and waits there to be rescued and then says “My Sweet Prince. I am saved.” Can we please arm the Princess or save the Knight?) There are also tutorial topics on inheritance, lists and parameter usage. The presenter demonstrated a lot of different things you can do with Alice, including book reports and tying Alice animations into the real world – such as boat trips which didn’t occur.

It was weird looking at the examples, and I’m not sure if it was just because of the gender of the authors, but the kitchen example in cooking with Spanish language instruction used female characters, the Princess/Dragon had a woman in a very passive role and the adventure game example had a male character standing in the boat. It was a small sample of the materials so I’m assuming that this was just a coincidence for the time being or it reflects the gender of the creator. Hmm. Another example and this time the Punnett Squares example has a grey-haired male scientist standing there. Oh dear.

Moving on, lots of helper objects are available for you to use if you’re a teacher to save on your development time which is really handy if you want to get things going quickly.

Finally, on discussing the impact, one 200 teachers have attend the workshops since 2008, who have then go on to teach 2900 students (over 2012-2013). From Google Analytics, over 20,000 users have accessed the materials. Also, a number of small outreach activities, Alice for an hour, have been run across a range of schools.

The final talk in this session was “Early validation of Computational Thinking Pattern Analysis”, presented by Hilarie Nickerson, from University of Colorado at Boulder. Computational thinking is important and, in the US, there have been both scope and pedagogy discussions, as well as instructional standards. We don’t have as much teacher education as we’d like. Assuming that we want the students to understand it, how can we help the teachers? Scalable Game Design integrates game and simulation design into public school curricula. The intention is to broaden participation for all kinds of schools as after-scjool classes had identified a lot of differences in the groups.

What’s the expectation of computational thinking? Administrators and industry want us to be able to take game knowledge and potentially use it for scientific simulation. A good game of a piece of ocean is also a predator-prey model, after all. Does it work? Well, it’s spread across a wide range of areas and communities, with more than 10,000 students (and a lot of different frogger games). Do they like it? There’s a perception that programming is cognitively hard and boring (on the congnitive/affective graph ranging from easy-hard/exciting-boring) We want it to be easy and exciting. We can make it easier with syntactic support and semantic support but making it exciting requires the students to feel ownership and to be able to express their creativity. And now they’re looking at the zone of proximal flow, which I’ve written about here. It’s good see this working in a project first, principles first model for these authors. (Here’s that picture again)

The results? The study spanned 10,000 students, 45% girls and 55% boys (pretty good numbers!), 48% underrepresented, with some middle schools exposing 350 students per year. The motivation starts by making things achievable but challenging – starting from 2D basics and moving up to more sophisticated 3D games. For those who wish to continue: 74% boys, 64% girls and 69% of minority students want to continue. There are other aspects that can raise motivation.

How do we validate this? There are several computational thinking patterns grouped using latent semantic analysis. One of the simpler patterns for a game is the pair generation and absorption where we add things to the game world (trucks in Frogger or fish in predator/prey) and then remove them (truck gets off the screen/fish gets eaten). We also need collision detection. Measuring skill development across these skills will allow you to measure it in comparison to the tutorial and to other students. What does CTPA actually measure? The presence of code patterns that corresponded to computational thinking constructs suggest student skill with computational thinking (but doesn’t prove it) and is different from measuring learning. The graphs produced from this can be represented as a single number, which is used for validation. (See paper for the calculation!)

This has been running for two years now, with 39 student grades for 136 games, with the two human graders shown to have good inter-rater consistency. Frogger was not very heavily correlated (Spearman rank) but Sokoban, Centipede and the Sims weren’t bad, and removing design aspects of rubrics may improve this.

Was their predictive validity in the project? Did the CTPA correlate with the skill score of the final game produced? Yes, it appears to be significant although this is early work. CTPA does appear to be cabal of measuring CT patterns in code that correlate with human skill development. Future work on this includes the refinement of CTPA by dealing with the issue of non-orthogonal constructs (collisions that include generative and absorptive aspects), using more information about the rules and examining alternative calculations. The group are also working not oils for teachers, including REACT (real-time visualisations for progress assessment) and recommend possible skill trajectories based on their skill progression.

This came through my Facebook feed and I wanted to share it with you (if you haven’t already seen it). 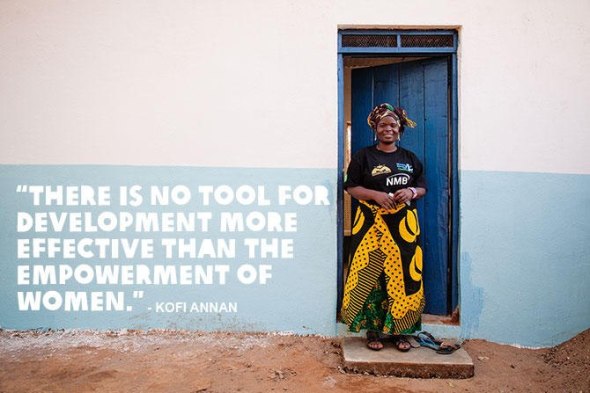 If you can read, write and perform arithmetic then you are in a far better position with a much greater chance of being able to control your own life and that’s why education is such an important tool if we are to empower everyone.

When you are educated, you do not need to depend upon anyone else to tell you what something means or how much of something you are entitled to.

When you are educated, you can ask the difficult questions that are needed to be asked, the first of which is often “Why am I treated this way because of the way that I was born?” And this is an important step towards empowerment.

The global educational initiative depends upon getting education everywhere and valuing education. The key to that, in many countries, is empower women and give them access to education.