← Note to Self
The Blame Game: Things were done, mistakes were made. →

Time to Work and Time to Play 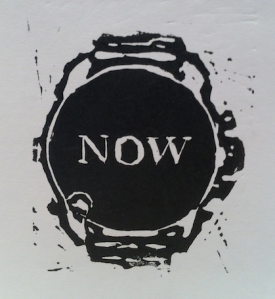 I do a lot of grounded theory research into student behaviour patterns. It’s a bit Indiana Jones in a rather dry way: hear a rumour of a giant cache of data, hack your way through impenetrable obfuscation and poor data alignment to find the jewel at the centre, hack your way out and try to get it to the community before you get killed by snakes, thrown into a propellor or eaten. (Perhaps the analogy isn’t perfect but how recently have you been through a research quality exercise?) Our students are all pretty similar, from the metrics  I have, and I’ve gone on at length about this in other posts: hyperbolic time-discounting and so on. Embarrassingly recently, however, I was introduced to the notion of instrumentality, the capability to see that achieving a task now will reduce the difficulty in completing a goal later. If we can’t see how important this is to getting students to do something, maybe it’s time to have a good sit-down and a think! Husman et al identify three associated but distinguishable aspects to a student’s appreciation of a task: how much they rate its value, their intrinsic level of motivation, and their appreciation of the instrumentality. From this study, we have a basis for the confusing and often paradoxical presentation of a student who is intelligent and highly motivated – but just not for the task we’ve given them, despite apparently and genuinely being aware of the value of the task. Without the ability to link this task to future goal success, the exponential approach of the deadline horizon can cause a student to artificially inflate the value of something of less final worth, because the actual important goal is out of sight. But rob a student of motivation and we have to put everything into a high-stakes, heavily temporally fixed into the almost immediate future and the present, often resorting to extrinsic motivating factors (bribes/threats) to impose value. This may be why everyone who uses a punishment/reward situation achieves compliance but then has to keep using this mechanism to continue to keep values artificially high. Have we stumbled across an Economy of Pedagogy? I hope not, because I can barely understand basic economics. But we can start to illustrate why the student has to be intrinsically connected to the task and the goal framework – without it, it’s carrot/stick time and, once we do that, it’s always carrot/stick time.

Like almost every teacher I know, all of my students are experts at something but mining that can be tricky. What quickly becomes apparent, and as McGonigall reflected on in “Reality is Broken”, is that people will put far more effort into an activity that they see as play than one which they see as work. I, for example, have taken up linocut printing and, for no good reason at all, have invested days into a painstaking activity where it can take four hours to achieve even a simple outcome of reasonable quality – and it will be years before I’m good at it. Yet the time I spend at the printing studio on Saturdays is joyful, recharging and, above all, playful. If I consumed 6 hours marking assignments, writing a single number out of 10 and restricting my comments to good/bad/try harder, then I would feel spent and I would dread starting, putting it off as long as possible. Making prints, I consumed about 6 hours of effort to scan, photoshop, trim, print, reverse, apply over carbon paper, trace, cut out of lino and then manually and press print about four pieces of paper – and I felt like a new man. No real surprises here. In both cases, I am highly motivated. One task has great value to my students and me because it provides useful feedback. The artistic task has value to me because I am exploring new forms of art and artistic thinking, which I find rewarding.

But what of the instrumentality? In the case of the marking, it has to be done at a time where students can get the feedback at a time where they can use it and, given we have a follow-up activity of the same type for more marks, they need to get that sooner rather than later. If I leave it all until the end of the semester, it makes my students’ lives harder and mine, too, because I can’t do everything at once and every single ‘when is it coming’ query consumes more time. In the case of the art, I have no deadline but I do have a goal – a triptych work to put on the wall in August. Every print I make makes this final production easier. The production of the lino master? Intricate, close work using sharp objects and it can take hours to get a good result. It should be dull and repetitive but it’s not – but ask me to cut out 10 of the same thing or very, very similar things and I think it would be, very quickly. So, even something that I really enjoy becomes mundane when we mess with the task enough or get to the point, in this case, where we start to say “Well, why can’t a machine do this?” Rephrasing this, we get the instrumentality focus back again: “What do I gain in the future from doing this ten times if I will only do this ten times once?” And this is a valid question for our students, too. Why should they write “Hello, World” – it has most definitely and definitively been written. It’s passed on. It is novel no more. Bereft of novelty, it rests on its laurels. If we didn’t force students to write it, there is no way that this particular phrase, which we ‘owe’ to Brian Kernighan, is introducing anyone to anything that could not have a modicum of creativity added to it by saying in the manual “Please type a sentence into this point in the program and it will display it back to you.” It is an ex-program.

I love lecturing. I love giving tutorials. I will happily provide feedback in pracs. Why don’t I like marking? It’s easy to say “Well, it’s dull and repetitive” but, if I wouldn’t ask a student to undertake a task like that so why am I doing it? Look, I’m not advocating that all marking is like this but, certainly, the manual marking of particular aspects of software does tend to be dull.

Unless, of course, you start enjoying it and we can do that if we have enough freedom and flexibility to explore playful aspects. When I marked a big group of student assignments recently, I tried to write something new for each student and, this doesn’t always succeed for small artefacts with limited variability, I did manage to complement a student on their spanish variable names, provide personalised feedback to some students who had excelled and, generally, turned a 10 mark program into a place where I thought about each student personally and then (more often than not) said something unique. Yes, sometimes the same errors cropped up and the copy/paste is handy – but by engaging with the task and thinking about how much my future interactions with the students would be helped with a little investment now, the task was still a slog, but I came out of it quite pleased with the overall achievement. The task became more enjoyable because I had more flexibility but I also was required to be there to be part of the process, I was necessary. It became possible to be (professionally and carefully) playful – which is often how I approach teaching.

Any of you who are required to use standardised tests with manual marking: you already know how desperately dull the grading is and it is a grindingly dull, rubric-bound, tick/flick scenario that does nothing except consume work. It’s valuable because it’s required and money is money. Motivating? No. Any instrumentality? No, unless giving the test raises the students to the point where you get improved circumstances (personal/school) or you reduce the amount of testing required for some reason. It is, sadly, as dull for your students to undertake them, in this scenario, because they will know how it’s marked and it is not going to trigger any of Husman’s three distinguished but associated variables.

I am never saying that everything has to fun or easy, because I doubt many areas would be able to convey enough knowledge under these strictures, but providing tasks that have room to encourage motivation, develop a personal sense of task value, and that allow students to play, potentially bringing in some of their own natural enthusiasm on other areas or channeling it here, solves two thirds of the problem in getting students involved. Intentionally grounding learning in play and carefully designing materials to make this work can make things better. It also makes it easier for staff. Right now, as we handle the assignment work of the course I’m currently teaching, other discussions on the student forums includes the History of Computing, Hofstede’s Cultural Dimensions, the significance of certain questions in the practical, complexity theory and we have only just stopped the spontaneous student comparison of performance at a simple genetic algorithms practical. My students are exploring, they are playing in the space of the discipline and, by doing so, are moving more deeply into a knowledge of taxonomy and lexicon within this space. I am moving from Lion Tamer to Ringmaster, which is the logical step to take as what I want is citizens who are participating because they can see value, have some level of motivation and are forming their instrumentality. If learning and exploration is fun now, then going further in this may lead to fun later – the future fun goal is enhanced by achieving tasks now. I’m not sure if this is necessarily the correct first demonstration of instrumentality, but it is a useful one!

However, it requires time for both the staff member to be able to construct and moderate such an environment, especially if you’re encouraging playful exploration of areas on public discussion forums, and the student must have enough time to be able to think about things, make plans and then to try again if they don’t pick it all up on the first go. Under strict and tight deadlines, we know the creativity can be impaired when we enforce the deadlines the wrong way, and we reduce the possibility of time for exploration and play – for students and staff.

Playing is serious business and our lives are better when we do more of it – the first enabling act of good play is scheduling that first play date and seeing how it goes. I’ve certainly found it to be helpful, to me and to my students.

One Comment on “Time to Work and Time to Play”