This is a story I’ve never told anyone before, but I hope that it will help to explain why I think many students struggle with making solid change in their academic and life practices. They focus on endpoints and set deadlines reactively, rather than focusing on process and finding a good time to change. Let me explain this in the narrative.

When I was younger, I was quite a bit heavier than I am now – by about 30% of my body mass. As I got older, this became more of a problem and my weight went up and down quite a lot as I tried to get a regular regime of exercise into my life and cut back on my eating. Unfortunately, when I get stressed, I tend to eat, and one of the things I used to get stressed about was … losing weight. It’s a common, vicious, circle. Anyway, one year, after a Christmas where I had found it difficult to fit into my ‘good’ clothes and just felt overstuffed and too hot most of the time, I decided that enough was enough. I would make a New Year’s Resolution to lose weight. Seriously. (As background, Christmas in Australia is in Summer, so we sing snows about snow and eat roast turkey while sitting around in 90-100F/32-38C heat – so if your clothes are squeezy, boy, are you going to feel it.)

I can’t remember the details of the New Year’s Eve party but I do remember waking up the next day and thinking “Ok, so now I lose weight”. But there were some problems.

So, instead of getting out of bed and doing anything healthy, I thought “Oh, ok, I’ll start tomorrow.” because it was just about impossible, to my mind, to get things started on that day. I made some plans as to what I’d do the next day and thought “Ok, that’s what I’ll do tomorrow.”

But then a friend called on the 2nd and they were in town so we caught up. Then I was back at work and it was really busy.

When I finally did lose the weight, many years later, and get to a more stable point, it wasn’t through making a resolution – it was through developing a clear plan to achieve a goal. I set out to work up to walking 10 miles as loops around my block. Then, when I achieved that, I assessed myself and realised that I could replace that with running. So then, ever time I went out, I ran a little at the start and walked the rest. Finally I was (slowly) running the whole distance. Years later, a couple of bad falls have stopped me from long-distance running, but I have three marathons and numerous halves under my belt.

Why didn’t it work before? Well, lack of preparation is always bad, but also because New Year’s is one of the worst possible times to try and make a massive change unless you’ve actually prepared for it and the timing works for you. Think about it:

After thinking over this for quite a long time, I’ve learned a great deal about setting goals for important changes and you have to try to make these changes:

So have a Happy New Year and be gentle on yourself for a few days. If you really want to change something in your life, plan for it properly and you stand a much better chance of success. Don’t wait until a high stakes deadline to try and force change on yourself – it probably won’t work. 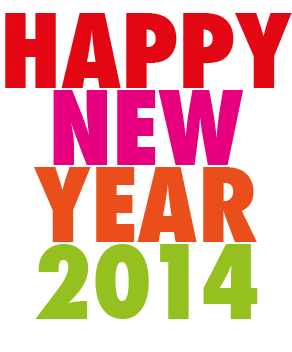