← Gamification: What Happens If All Of The Artefacts Already Exist
Time Banking: More and more reading. →

The Precipice of “Everything’s Late”

I spent most of today working on the paper that I alluded to earlier where, after over a year of trying to work on it, I hadn’t made any progress. Having finally managed to dig myself out of the pit I was in, I had the mental and timeline capacity to sit down for the 6 hours it required and go through it all. 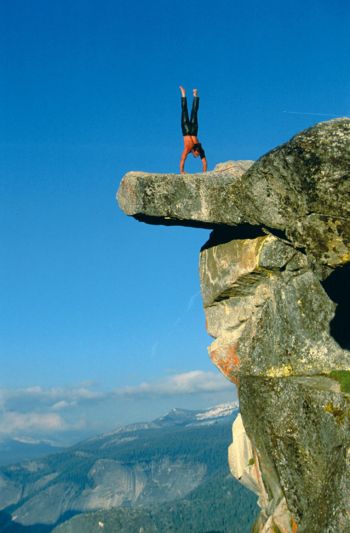 In thinking about procrastination, you have to take into account something important: the fact that most of us work in a hyperbolic model where we expend no effort until the deadline is right upon us and then we put everything in, this is temporal discounting. Essentially we place less importance on things in the future than the things that are important to us now. For complex, multi-stage tasks over some time this is an exceedingly bad strategy, especially if we focus on the deadline of delivery, rather than the starting point. If we underestimate the time it requires and we construct our ‘panic now’ strategy based on our proximity to the deadline, then we are at serious risk of missing the starting point because, when it arrives, it just won’t be that important.

Now, let’s increase the difficulty of the whole thing and remember that the more things we have to think about in the present, the greater the risk that we’re going to exceed our capacity for cognitive load and hit the ‘helmet fire’ point – we will be unable to do anything because we’ve run out of the ability to choose what to do effectively. Of course, because we suffer from a hyperbolic discounting problem, we might do things now that are easy to do (because we can see both the beginning and end points inside our window of visibility) and this runs the risk that the things we leave to do later are far more complicated.

This is one of the nastiest implications of poor time management: you might actually not be procrastinating in terms of doing nothing, you might be working constantly but doing the wrong things. Combine this with the pressures of life, the influence of mood and mental state, and we have a pit that can open very wide – and you disappear into it wondering what happened because you thought you were doing so much!

This is a terrible problem for students because, let’s be honest, in your teens there are a lot of important things that are not quite assignments or studying for exams. (Hey, it’s true later too, we just have to pretend to be grownups.) Some of my students are absolutely flat out with activities, a lot of which are actually quite useful, but because they haven’t worked out which ones have to be done now they do the ones that can be done now – the pit opens and looms.

One of the big advantages of reviewing large tasks to break them into components is that you start to see how many ‘time units’ have to be carried out in order to reach your goal. Putting it into any kind of tracking system (even if it’s as simple as an Excel spreadsheet), allows you to see it compared to other things: it reduces the effect of temporal discounting.

When I first put in everything that I had to do as appointments in my calendar, I assumed that I had made a mistake because I had run out of time in the week and was, in some cases, triple booked, even after I spilled over to weekends. This wasn’t a mistake in assembling the calendar, this was an indication that I’d overcommitted and, over the past few months, I’ve been streamlining down so that my worst week still has a few hours free. (Yeah, yeah, not perfect, but there you go.) However, there was this little problem that anything that had been pushed into the late queue got later and later – the whole ‘deal with it soon’ became ‘deal with it now’ or ‘I should have dealt with that by now’.

Like students, my overcommitment wasn’t an obvious “Yes, I want to work too hard” commitment, it snuck in as bits and pieces. A commitment here, a commitment there, a ‘yes’, a ‘sure, I can do that’, and because you sometimes have to make decisions on the fly, you suddenly look around and think “What happened”? The last thing I want to do here is lecture, I want to understand how I can take my experience, learn from it, and pass something useful on. The basic message is that we all work very hard and sometimes don’t make the best decisions. For me, the challenge is now, knowing this, how can I construct something that tries and defeats this self-destructive behaviour in my students?

This week marks the time where I hope to have cleared everything on the ‘now/by now’ queue and finally be ahead. My friends know that I’ve said that a lot this year but it’s hard to read and think in the area of time management without learning something. (Some people might argue but I don’t write here to tell you that I have everything sorted, I write here to think and hopefully pass something on through the processes I’m going through.)

7 Comments on “The Precipice of “Everything’s Late””