Digital Humanities: Reflections on distant reading and why the ability to fly hasn’t stopped us walking.

One of the themes explored in the Digital Humanities is often “what exactly do we mean by Digital Humanities” because everyone asks and there are any number of self-described skeptics who seem to have an inability to add any new categories to their knowledge hierarchies. We’re studying the intersection of traditional computing and humanities so we’re asking the old question of “where does the desert end” which is only answered locally and specifically, rather than globally and generally.  But a major fear for Humanists that came up during the week I was in Maryland was the threat of a colonising external force that would fundamentally alter what Humanists did until it was unrecognisable. I’m going to talk briefly about my view of digital humanities as a parallel augmentation, rather than a displacing colonisation.

Many areas of Humanities use the notion of close reading, where the text is carefully read and interpreted as part of a sustained effort. While this is exemplary for extracting themes and really getting into the work it doesn’t scale up well. We keep producing things to read and there is a limit as to how many things you can close read. This is where distant reading can come in, because it scans works thematically and syntactically, and provides an aggregate or abstraction to the reader. This is scalable and fast, because we can computerise it, but it risks inaccuracy, shallowness and is guaranteed to have the bias of the analysis software.

Let me step back and talk about travel for a moment. We started (well, by we, I mean bipedal humans) moving around on our feet. Then we did things with animals – in a vehicular sense – then the wheel, then lots of wheels, plus animals, plus betting – and that’s how we got the Colosseum. At some point, we stopped trying to put petrol into animals (who kept exploding) and tried it in cars intend. Suddenly we could zoom around, which widened our stride, but had the downside of enabling Italian Futurism at the start of the 20th century which led to all sorts of odd things and the declaration of war as the “great hygiene” until a lot of them died in the Great War – seriously, Marinetti, what were you thinking? (As a side note, the Futurist Cookbook is worth reading because it’s very Heston Blumenthal, just 90 years beforehand.) 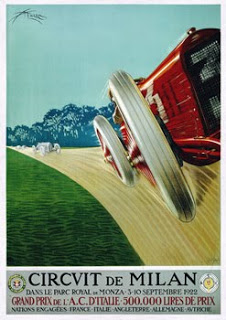 Then we developed planes and the journey that took months on foot, weeks on animal and days by car, could take hours. But we never stopped walking, although we could now use our more advanced techniques to walk in new places and ultimately go further.

I feel exactly the same about close and distant reading. There are now (hooray) too many books on most subjects for any person to read in their life, let alone in a span to allow detailed analysis in a timely fashion. But this doesn’t mean we have to stop close reading. It means that we can look into topics and areas, refine our distant reading and visualisation, and then drill down once we’ve landed somewhere. Better still, distant reading allows us to link areas of close reading that may not be apparently connected – we can fly to a new place to explore that will develop the knowledge we already have.

Personally, I’d love it if the Humanities came and did a bit of colonisation in Computer Science, but I can completely understand why the reverse is culturally confronting. And I can also understand the many trad CS people who would also feel threatened by a counter-colonisation – although I probably don’t agree with their reasoning.

Going to a course like this is always good for my thinking as it requires me to switch gears and lens to get things done. I strongly recommend stepping out of the comfort zone of your own discipline when you can as it gives you extra knowledge and some valuable perspective.