← Yes, you can! (Sorry, Mr President)
Access All Areas: Getting Your Knowledge Into Everyone’s Head →

Give your students a nudge (and the Woman in Red effect)

The Woman in Red effect is a strange one. Woman in red appear more attractive, men in red appear more dominant. (This is a gross simplification and doesn’t take into account gender orientation.) I’ll talk about this more later on in this post but, first, I’d like to talk about encouraging people to adopt behaviour that will allow them to learn better and engage more with your teaching. 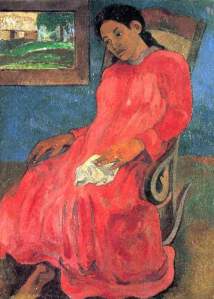 One of the most common problems I face is getting my students to engage with my courses, and the materials I’ve spent time preparing. I’m not teaching at an Army base so I can’t order people to attend my lectures or read the book, and I can’t offer every student $1000 if they demonstrate sufficient knowledge. I have to try and get them to adopt the ‘correct’ behaviour without the ability to restrict their options to force adoption or changing the incentives that are in play.

This is where nudging can be very useful. Nudging is a method for making the behavioural changes that you want, in a predictable way, without overly constraining people or resorting to outright bribery. We’re all exposed to nudging on a day-to-day basis but it’s not always obvious – which, to be honest, is good. There are always going to be certain students who actively resist any form on behavioural modification or suggestion that their adaptation can be predicted in any way. We’re not trying to brainwash people – we’re trying to gently encourage them onto a path where they will get more out of our courses.

Now, some people think of this as molly-coddling or pandering. Urm, no. If these students were independent knowledge framework assemblers and fully mature before they came to us then college would take about 3 months as we handed over the books, some tests and told them to come back at the end of the year. The majority of our students need our help to nudge them in the right direction and to keep them on the right track. That way, when they finish, they are mature and independent – but that’s the culmination of a long and complex process.

Now, I haven’t forgotten about the Woman in Red effect. It’s also called, with less gender orientation, “The Red Effect” and you see it in nature as well, with those monkeys with comically exaggerated colouring and protrusion of their sexual organs. I didn’t actually want to focus on this – it’s interesting but it’s not really useful as a teaching technique. It is, however, a nudge because people will see the title and there are a group of people who will click on this blog because they want to read about the effect, or maybe they’re fans of the movie, or the Chris de Burgh song (which is actually Lady in Red). Some people will click through to this because I primed them on my Facebook page with a very brief discussion of the effect and they might want to read more. I was able to legimately use a picture of a woman in a red dress, which will also nudge some people to read this article when they otherwise wouldn’t. Of course, being me, I used Gauguin because it’s an image of a woman in red that has no sexual or culturally inappropriate overtones. (Believe me when I tell you that searching for ‘images woman in red’ gets you a lot of search hits, only some of which you can use.)

Many of you are here anyway and have not been nudged. Except that, if you’ve read this far, I’ve already established an incentive mechanism that says “reading 1000 words of Nick won’t kill you”. I’ve set the feed up so you don’t have to take any action to see that I’ve posted. You’re near the end of the post so it’s not that much further to go and I am about to talk about the Red Effect some more – so please stick around. We’re nearly done.

So, because you’ve read this far, here’s some more information on the Red Effect. In mandrill species, the red colouring of the snout indicates testosterone levels – an attractive trait in a monkey mate. There is a cultural aspect to the effect in that the red clothing worn should be culturally appropriate – a man wearing a red dress and lipstick is potentially not going to be seen as dominant but a man wearing a red tie probably will be. Or is sending a message that he wishes to be seen to be.

Ultimately, my very lightweight discussion ignores the variety of sexual orientations and relationships around. I don’t have firm data to hand on how this plays out in other combinations – but I’m certainly now looking because it interests me! If I wear red, will my wife pay up to twice as much when she takes me out to dinner?

Now something that surprised me is that, in the 2004 Olympics, where red and blue outfits were assigned randomly in boxing, Greco-roman wrestling and tae kwan do, the red outfits won significantly more often. This is cross-gender – dominance in red appears to transcend boundaries. Similar effects occur in English football – red teams win more often.

What’s going on here? Is it that their opponents are being intimidated? Is the referee more likely to favour the red? I would be interested to see what happens on the basketball court, where aggressive behaviour will attract fouls. The next time that you think that your team is getting too many fouls – what colour are they wearing? Are they still winning?

Articles that might be worth reading include “Red Enhances Human Performance in Contests”, Hill and Barton, Nature, May 19, 2005. Hill also produced “Red shirt colour is associated with long-term team success in English Football” (Attrill, Gresty, Hill et al), Journal of Sports Sciences, April 2008, 26(6). If anyone has any good articles on the effect outside of hetero-normative sources, please put them in the comments!